Share a memory
Obituary & Services
Tribute Wall
Read more about the life story of Herbert "Herb" and share your memory.

Herb was born to Abraham and Evangeline Bresky (nee Penner) on March 25, 1944 in the RM of Minitonas. He was named after his mother’s place of birth, Herbert, Saskatchewan. He was the 4th youngest of 10 children. He attended the Ravensworth school for a couple of years. His family lived there until their house burnt, at which time the family moved to Swan River, then eventually to the Mountain Crest area where they made their homestead in the lat 1950s. They preferred the Swan Valley area over the prairies.

At an early age he started hunting and working for various farmers in the area. He worked with Jack Hogg of the Kenville area at his sawmill, then when that season ended, he helped Jack with his trapline. At approximately 16 years of age, he started operating bulldozer for Stuart Eagle, clearing land and digging dugouts between the Porcupine and Duck Mountain areas.

In 1963-64 he purchased a quarter of land from Sharon’s uncle Don Cober for $300.00, on which he started logging and working the sawmill with his dad and brothers.The lumber was sold to Spruce Products in Kenville.

September 29, 1966, he married Sharon (Cober) at the United Church in Kenville. They lived in a two-bedroom house on the quarter of land he had bought. Then in 1971-72 he started working with his father-in-law, Carl Cober, hauling logs to Carl’s sawmill.

In the spring of 1967, their daughter Karen was born.

In August of 1968, Herb and Sharon purchased a half section of land with a house and out buildings and later that month welcomed their second child, Dwayne. That is still the same farm and yard site where Herb resided until his passing. In approximately 1971-72, Carl’s sawmill burnt. Herb continued to log mainly in winter and farm during the summer months. He’s always called farming a hobby.

In summer 1972, Rick was born. Over the years the logging business grew and the farming operation expanded, each growing to include the boys in which they are still actively involved today.

Over the span of approximately 56 years, he sold logs to Spruce Products and also to LP when it opened. He was very proud that the first two trucks to cross the LP scales were his; the first being driven by his son, Rick. He managed a bush camp and logging crew for many years. His hard work and dedication are reflected in his many accomplishments. He took great pride in his farmyard and his land.

He loved the “Mountain Farm”. Often times, you would find him driving around the mountain in his little green truck hoping to see some wildlife. He loved the scenery and the view of the valley. He always tried to instill good work ethic into his children and grandchildren. He had always said he wouldn’t have accomplished all he did without Sharon’s help.

Several years ago, he came up with an idea for a piece of equipment to delimb trees, called the Roto-lim, in which he later obtained a patent.

Herb loved the outdoors. He enjoyed fishing trips with family and friends. He enjoyed country music and attended Craven and Dauphin’s Countryfest. Herb and Sharon were delighted in their trip to Victoria where they visited the Bouchart Gardens. Holiday trips always included an auction sale and a tour around equipment dealerships and logging areas where possible. He preferred the passenger seat so that he could enjoy the view but sometimes needed to rest his eyes, never admitting that he had fallen asleep.

You never left Herb’s house hungry if he could help it. He was always offering up a home cooked meal prepared by Sharon, usually some homemade sausage or a taste of wild meat.

There was nothing that brought a bigger smile to Herb’s face than seeing his great-grandkids come through the door. His favorite greeting was always, “Oh there’s grandpa’s buddies come to see him”.

God granted him his wish to pass away at home in his own bed with Sharon by his side and loving family near by.

To send flowers to the family or plant a tree in memory of Herbert "Herb" Bresky, please visit our floral store. 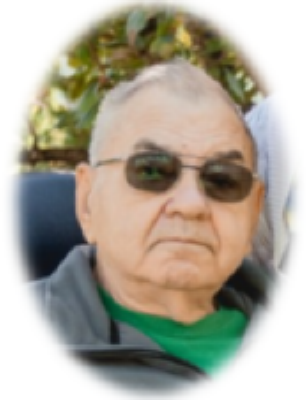