Plant a tree in memory of Howard
An environmentally-friendly option 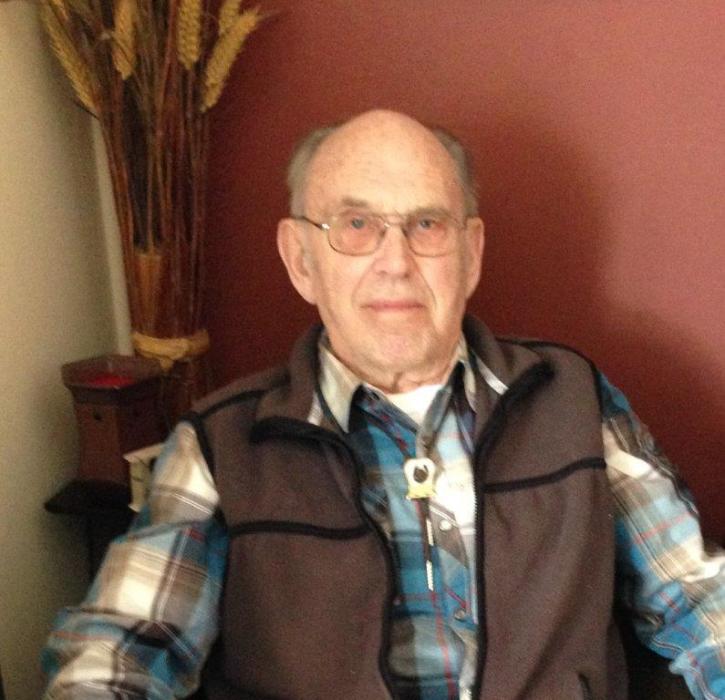 We are saddened to announce the passing of HOWARD GEORGE HANSFORD of Swan River, Manitoba on Saturday, April 3, 2021 at the age of 86 years. He will fondly be remembered as a husband, father, grand-father, great-grandfather and friend to many over his long life.

Howard was born in 1934, the only son of George and Pearl (Baxter) Hansford near Caledon, Ontario.

Howard is pre-deceased by his father in 1974 and his mother in 1975.  Howard will be sadly missed by his wife of 61 years, Mary Hansford.  He will also be lovingly remembered by: his son, Daniel (Marie-line) and grandchildren, Ryan and friend, Foram, Shaun (Jackie) and great-grandson, Hayes and Kristin (Darren); his son, David (Melissa) and grandson, Hudson.

Howard grew up on the family farm called Green Acres near Caledon, Ontario. Howard married Mary Richardson of Caledon area in September of 1959. As a young man his other loves included flying airplanes and a love of “the west.” He was a young member of the Ontario Flying Farmers and later also joined the Saskatchewan Flying Farmers. Following the passing of his parents, Howard moved his young family to Mazenod, SK in 1976 to farm.  Besides farming, Howard ran a local snow-plough club, volunteered as fire chief and owned and operated two trucks routes that delivered freight. Mary drove the local school bus and Danny and David attended Mossbank School. During this time, Howard and Mary got to know many in the community and established life-long friendships while there.

Due to a lack of availability for land for purchase in the Mazenod area, Howard again moved his family northward to Swan River, MB in 1982 to continue farming. In 1989, Howard diversified his interests and purchased a cleaning company in Swan River called Hall Maintenance. Howard owned and operated this business for several years serving the Swan River community until his retirement. Driving stock cars in the sponsorship class and winning many trophies while in Swan River, was also something Howard took joy in!

Howard loved both his family and his toys. Motorbiking, snowmobiling and flying airplanes were his passionate hobbies that he enjoyed throughout his lifetime. Late in his life, Howard still enjoyed, cutting hay, snowblowing the yard, phone chats with family and friends and looked forward to family get-to-gethers at Madge Lake or at the acreage which he has the pictures taken by him, to prove that there were many!

Howard’s wish was to be cremated and there are no current plans for a memorial at this time.

Plant a tree in memory of Howard by clicking here.
To send flowers to Howard's family, please visit our floral store.

A service summary is not available

Plant a tree in memory of Howard
An environmentally-friendly option

Plant a tree in memory of Howard

7 trees planted in memory of Howard

There are 4 photos available in the gallery

I meet Howard years ago when he moved to Swan River. Became friends working on his fleet of airplanes. He always called and we talked about motorcycles airplanes skidoos and boats . He was always doing something, always talking about his family. He will be deeply missed.  Always upside down going a million miles an hour. Our deepest  condolences to the whole Hansford Family.

Howard was a genuine gentleman and a loyal friend. He was always happy to help lend a hand, share his motors and lend an ear - most times before I even asked. Howard had a sharp intuition (especially with people and fixing things) which fascinated me. I’m thankful for all the memories we made over the years. I will miss our conversations & his big warm hugs so very much. My condolences to Mary, Danny, David and their families.

A Memorial Tree was ordered in memory of Howard Hansford by C. Craven .  Plant a Tree

A Memorial Tree was ordered in memory of Howard Hansford by Paul Patricia Mary-Katherine & Patrick James .  Plant a Tree

Plant a tree in memory of Howard