Share a memory
Obituary & Services
Tribute Wall
Read more about the life story of Kenneth and share your memory.

Kenneth John Darbyshire of Bowsman, Manitoba passed away in the Swan River Hospital on November 29th, 2022 at the ageof 89 years. Ken was born in Preeceville, Saskatchewan on November 26th, 1933 to Ernest and Violet Darbyshire.

Ken left the Preeceville area and moved to Golden, British Columbia in 1960 and worked in the valley doing several different jobs. He also spent two years going door to door as a salesman. He started working at Evans Forest Products in Donald B.C. from 1975 and remained with that company until his retirement in 1995. Ken married Norma Annie Anderson, his wife of 26 years, on August 24th, 1996, at the Anglican Church in Golden, B.C.

Ken loved the Swan Valley and eventually settled here with Norma in 1996. They were active with square dancing, the United Church, the Legion, the Lions Club and the Fire Department in Bowsman during the years they spent together here.

Ken is survived by one sister: Ann Watt of Winnipeg and his loving wife, Norma.

Ken was predeceased by: his brothers, Hugh, Bill, George, and Chuck.

Should friends so desire, memorial donations may be made to the Bowsman Legion.

To send flowers to the family or plant a tree in memory of Kenneth John Darbyshire, please visit our floral store. 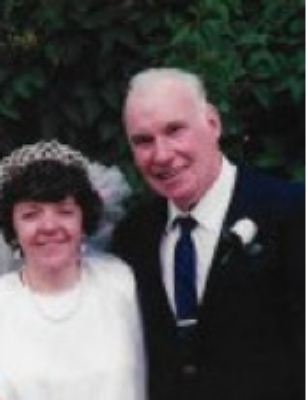